When Mohammed bin Rashid Al Maktoum, the ruler of Dubai, unveiled the ‘Dubai Strategic Plan 2015’, he set out the vision for what Dubai would look like in 2030. Having such a long-term strategic plan in place has resulted in something of a property and construction boom in Dubai, turning the city into one of the fastest-growing destinations in the world.

Dubai has been keen to diversify its economic focus, moving from an oil-based economy to making the city a popular resort for tourists. Despite many projects being put on hold during the global financial crisis that hit in 2008/9, the construction industry in Dubai has since bounced back, and in November 2012, Sheikh Mohammed bin Rashid Al Maktoum announced fifteen new construction and infrastructure projects worth more than $187 million in total. 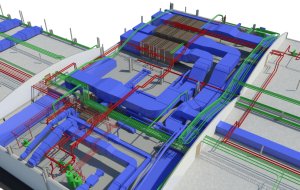 Since the end of the global economic downturn, a significant number of multibillion-dollar construction developments have begun, including a range of key infrastructure projects, bridges, mixed use developments and artificially reclaimed island developments. It is clear that Dubai and the rest of the UAE are a leading and innovative global force in the construction industry today.

These are just a small selection of the many multibillion-dollar construction projects underway in Dubai. There are many more planned as the Emirates move towards realising their forward facing vision for 2030. The Emirates are known for their considerable innovation in construction, with developments at the cutting edge of architectural and engineering technology they are creating something of a revolution in the industry.

As a result, of this progressive reputation, Dubai and the UAE are attracting the most gifted and innovative design and construction talents in the world, those who are excited by the possibilities the Emirates offers. By embracing the benefits of integrating BIM Services in Dubai into large-scale construction projects from the very start, projects can continue to innovate as well as be completed on time and within budget.

For more information about a CAD Outsourcing Company, BIM Compliance and BIM Services in Dubai, visit The CAD Room website at https://www.thecadroom.com/ or phone 0161 427 0348.